Climbing Escalade Canada (CEC) is the national governing body of the sport of competition climbing in Canada. We support and promote three competition disciplines, bouldering, lead and speed climbing, as well as the combined format that will be featured in the Olympic Games. 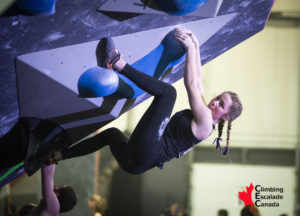 In Bouldering, athletes climb fixed routes on a 4m-high wall, equipped with safety mats, reaching as many tops as they can within four minutes per problems. The routes vary in difficulty and climbers are not permitted to practise climbing them in advance. When a climber grabs the final hold at the top of a route with both hands, they are deemed to have completed it. Climbers tackle the wall without safety ropes and can try a route again if they fall during their initial attempt. The walls used for bouldering present a range of challenges, with overhangs and some holds so small that they can only be held by the fingertips. Climbers must plan each move carefully, thinking about which hand and which foot to place in the next holds, while constantly being aware of the time limit. The physical and mental dexterity required for success is extraordinary. 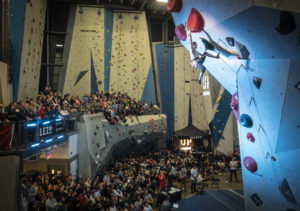 Lead involves athletes attempting to climb as high as they can on a wall measuring more than 12m in height within six minutes. The climbers use safety ropes and attach the rope to quickdraws (equipment that allows the rope to run freely while leading) along the route. When a climber attaches their rope to the top quickdraw, they have completed the climb. If a climber falls, the height (hold number) attained is recorded. There are no re-climbs. If two or more athletes complete the climb or reach exactly the same height, the fastest to do so is declared the winner. This is a demanding whole-body activity and dynamic climbing techniques are to the fore. 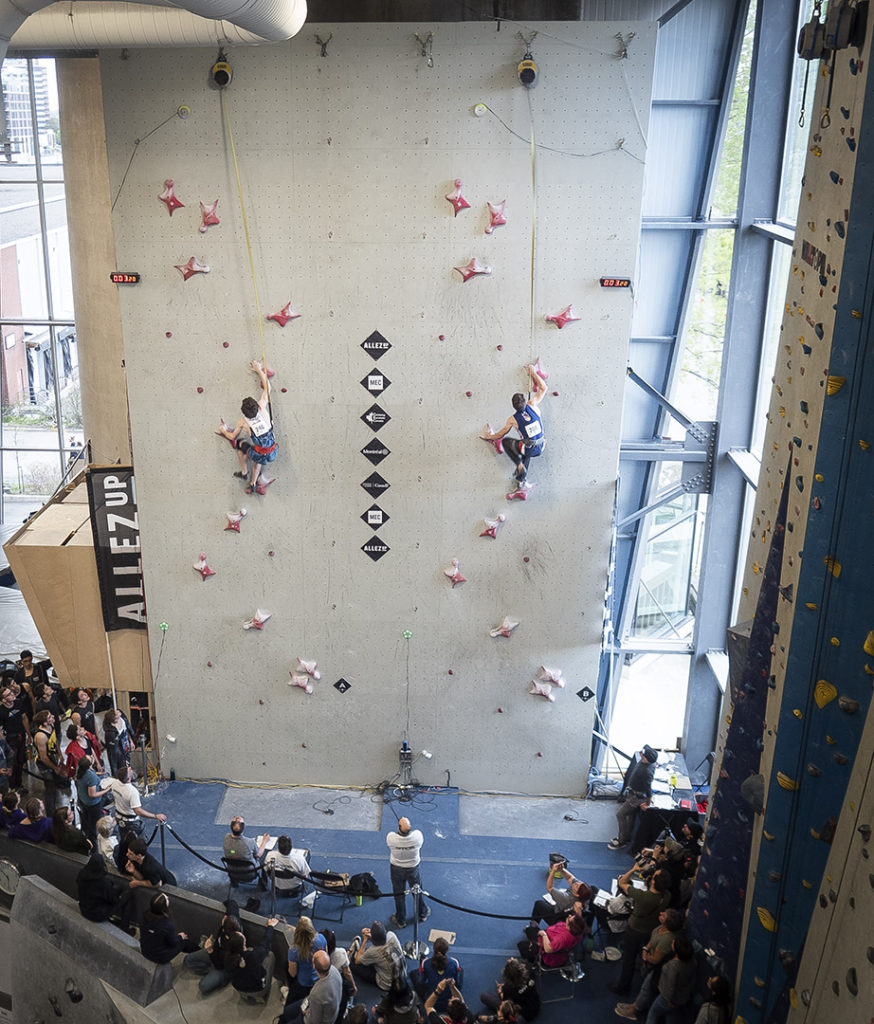 Two climbers secure safety ropes to themselves and attempt to scale a 15m-high wall, set at an angle of 95 degrees, faster than their opponent on identical routes. Winning times for men’s events tend to be around the five- to six-second mark, while women’s events are usually won in around seven or eight seconds. A false start results in instant disqualification.

Combined The sport will make its Olympic debut at Tokyo 2020 and will feature three disciplines: Speed, Bouldering and Lead. Speed climbing pits two climbers against each other, both climbing a route on a 15m wall. In Bouldering, athletes scale a number of fixed routes on a 4m wall in a specified time. In Lead, athletes attempt to climb as high as possible on a wall measuring over 12m in height within a specified time. At the Games, each climber will compete in all three disciplines, and the final rankings will be determined by multiplying the placement in each discipline, with the athletes achieving the lowest scores winning medals.

Lead qualifying today at WCH in Moscow.
The ...

Lead qualifying today at WCH in Moscow.
The McNamee twins in action.

Unfortunately, no Canadians on to semis but good showing from both.
@kindarmcnamee 53rd
@guymcnamee 59th

Congrats to all Canadians who represented in Russia. ...

Maddie grabbed 2 tops and 3 zones to post 25th, her best IFSC Senior result to date and just outside semis. Riley managed to find 1 zone in her first ever IFSC Senior Competition to finish 71st. She will undoubtedly learn from the experience and be back stronger in the future.

Guy snagged 51st place in the men's with 1 top and 3 zones. A decent result for his IFSC Senior event. Zach couldn't find his usual form and finished 65th with 2 Zones. We know he'll be back 🙂

So nice to see the Maple Leaf on the World Stage!!

Video of Maddie by @liborhroza